Three studies of the geology of Douglas Channel are near completion and publication, according to Natural Resources Canada. That news comes as studies, released today, warn of a major megathrust earthquake on the fault west of Haida Gwaii.

Northwest Coast Energy News asked the Geological Survey of Canada if there were any recent updates available after the agency said that a survey had located a “possible fault” on Hawkesbury Island during studies for the Enbridge Northern Gateway Joint Review Panel.

Natural Resources Canada responded with a statement: “NRCan continues to conduct research studies in the area, including study of possible faults. Three scientific expeditions have been completed on board Coast Guard research ships. The first two reports are in the final stages of editing, and will be published in the coming months. The third expedition was just completed; therefore the third report will be available later.”

The initial joint survey by the Geological Survey of Canada and Fisheries and Oceans in September 2012, found a tsunami hazard and a possible seismic fault in Douglas Channel near Kitimat.

The follow up study by Fisheries and Oceans, released about three weeks after the Haida Gwaii earthquake, in November 2012,  identified two slope failure events on the southern end of Hawkesbury Island during the mid-Holecene period, between 5,000 and 10,000 years ago. That study showed that the tsunami from the slope failure reaching Kitimat would have been about 60 centimetres or 23 inches. Hartley Bay would have been hit by a wave height of 7.5 metres or about 25 feet.

More recently there were slope failures nearer to Kitimat. The first slope failure occurred on October 17, 1974, triggering a 2.4 metre tsunami at low tide. Then on April 27, 1975 there was a second slope failure near low tide on the northeast slope of the Kitimat Arm that generated an 8.2 metre tsunami. The 1975 tsunami destroyed the Northland Navigation dock near Kitimat and damaged the Haisla First Nation docks at Kitamaat Village.

As well as the fact that recent studies say the mainland margin coastal zone has had very little historical seismicity, it adds no currently active faults have been identified. A study ten years ago identified some very ancient faults which have not been active since the Eocene, about 33 to 56 million years ago.
GPS studies show that in northwestern British Columbia coastal block is moving northeast at the rate of just 5 millimetres a year.

Shale oil and gas may not be the economic “panacea” that some believe, a panel of scientists told a geology conference today.  New studies point  to higher than expected field decline rates and increasing costs to extract the energy, meaning the long-term sustainability of shale gas production is questionable.

The findings confirm what sources in the energy industry have been telling Northwest Coast Energy News for the past few months, that the output from hydraulic fracturing decreases much more quickly than conventional extraction.

The panel of three scientists released their findings at the annual convention of the Geological Society of America this morning in Boulder, Colorado.

The studies concentrate on the United States where fracking for “tight oil” and natural gas is more advanced than in Canada.

The panel says that while the use of hydraulic fracturing and horizontal drilling for “tight oil” is an important contributor to Amercian energy supply, fracking will not result in long-term sustainable production or allow the U.S. to become a net oil exporter.

Charles A.S. Hall, professor emeritus at the College of Environmental Science and Forestry, State University of New York, Syracuse, presented two studies: one of the global patterns of fossil-fuel production in the past decade, and the other of oil production patterns from the Bakken Field (the giant expanse of oil-bearing shale rock underneath North Dakota and Montana that is being produced using hydraulic fracturing).

According to a news release from the GSA, both studies show that despite a tripling of prices and of expenditures for oil exploration and development, the production of nearly all countries has been stagnant at best and more commonly is declining — and that prices do not allow for any growth in most economies.

“The many trends of declining EROIs suggest that depletion and increased exploitation rates are trumping new technological developments,” Hall said.

The second studies are from J. David Hughes, president of Vancouver-based Global Sustainability Research Inc. Hughes studied the Bakken Field and the Eagle Ford Field of Texas, which together comprise more than half of U.S. tight oil production. The results show that drilling must continue at high levels, to overcome field decline rates of 40 percent per year.

Drilling rates of more than 3,000 wells annually in the Eagle Ford, and more than 1,800 wells annually in the Bakken, are sufficient to offset field decline and grow production — for now. If drilling at these high rates is maintained, production will continue to grow in both fields for a few more years until field decline balances new production. At that point drilling rates will have to increase as “sweet spots” (relatively small high-productivity portions of the total play area) are exhausted and drilling moves into lower-productivity regions, in order to further grow or even maintain production.

The onset of production decline will likely begin before the end of the decade, Hughes said.

“These sweet spots yield the high early production observed in these plays, but the steep decline rates inevitably take their toll. ”

Arthur E. Berman, a geological consultant for Labyrinth Consulting Services, Inc., of Sugar Land, Texas, deems the U.S. 10-year history of shale-gas extraction “a commercial failure. ” However, he says, this will not be the case forever. “Prices will increase to, at least, meet the marginal cost of production. More responsible companies will dominate and prosper as the U.S. gas market re-balances and weaker players disappear.”

Hughes sums up: “Tight oil is an important contributor to the U.S. energy supply, but its long-term sustainability is questionable. It should be not be viewed as a panacea for business as usual in future U.S. energy security planning.” 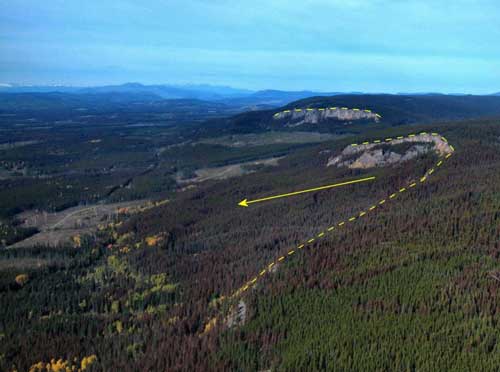 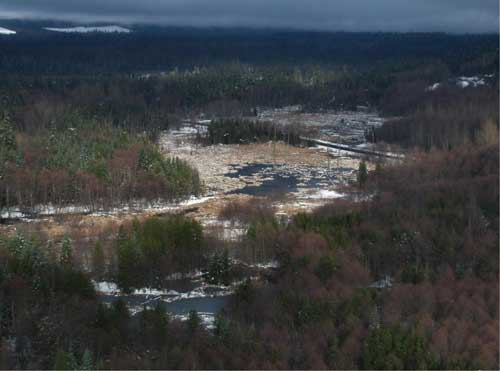