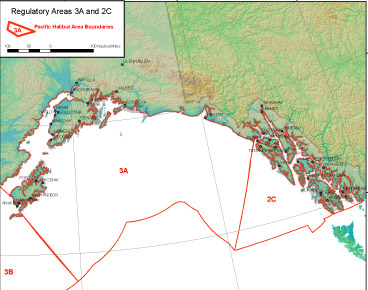 The United States National Marine Fisheries Service has extended the deadline for comments on its controversial Halibut Catch Sharing plan by 15 days until Sept. 21.

The NMFS made the announcement in a news release on Sept. 1.

The Seattle Times reported Sept. 1, “Rep. Craig Johnson, R-Anchorage, said the halibut-allocation plan proposed by the National Marine Fisheries Service, which could cut the bag limit for charter-boat anglers from two to one halibut, could have a tremendous impact on Alaska coastal communities that depend on tourism connected to sport fishing.”

In the news release, Natinal Atomspheric and Ocean Administration, the department that governs the NMFS, said.

The decision to extend the comment period comes following a visit to Alaska last month by NOAA Administrator Dr. Jane Lubchenco, who attended a luncheon in Homer with U.S. Senator Mark Begich to hear concerns and comments about the draft plan first hand from both charter and commercial halibut fishers.

“Alaska fisheries have been among the healthiest and most sustainable in the world, and we are working to keep them that way for both recreational opportunities and the long-term economic benefit of Alaska fishermen and fishing communities,” said Dr. Lubchenco.

“During my recent trip to Alaska, I was honored to visit communities where the local economy is tied to the halibut fishery. I listened to the community’s concerns and I want to make sure that everyone has a chance to provide input in this public process of shaping the final halibut catch sharing plan.”

“While we need a plan to keep all segments of the halibut fishery within catch limits to sustain and rebuild the stocks, charter fishermen raised several legitimate issues at the Homer meeting warranting further consideration,” Sen. Begich said. “While many fishermen have already submitted comments, this extension will allow additional time for fishermen still out on the water to make sure they are heard. I am pleased Dr. Lubchenco is taking action and responding to the comments we heard when we spoke to the Homer Chamber of Commerce.”

NOAA says that the halibut stock in southeast Alaska and the central Gulf of Alaska has seen a steep decline in the past several years.

The agency claims the proposed catch sharing plan is designed to foster a sustainable fishery by preventing overharvesting of halibut and would introduce provisions that provide flexibility for charter and commercial fishermen. It adds that the catch sharing plan “was shaped through an open and public process through the North Pacific Fishery Management Council, which recommended the rule to establish a clear allocation between the commercial and charter sectors that fish in southeast Alaska and the central Gulf of Alaska.”