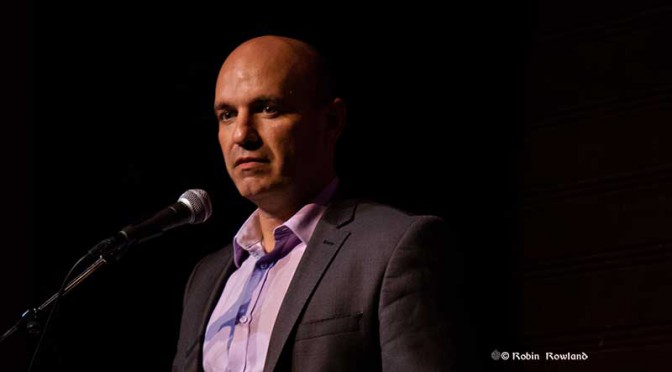 Updated with later results. Also , Romeo Saganash of the NDP was declared elected after original publication of this story, so his name has been dropped from the list of NDP stars who lost seats.

Skeena Bulkley Valley NDP MP Nathan Cullen retook the riding in landslide in the federal election, Monday October 19.   As one of the party’s  few clear winners in a disastrous night for the NDP, Cullen  immediately had to face questions from local reporters about a possible leadership bid.

The Liberals did much better nationally, winning a clear majority, with elected in 184 seats. The Conservative government was knocked back to 99 seats to form the official opposition, while the NDP had to settle for 44 seats. Elizabeth May of the Green Party retained her seat  and the Bloc Quebecois has 10.

Even though current NDP leader Thomas Mulcair said he plans to stay on as leader, the party will certainly review his leadership after the party lost half its seats from the all time high of 95.

The very first question Cullen was asked in a victory teleconference with northwest region  reporters from across the huge riding was about his leadership ambitions. Cullen finished second to Mulcair in the NDP leadership contest three years ago.

“The leadership is the farthest thing from my mind tonight,” Cullen replied. “The first preoccupation I had here was in Skeena and how we would do and that feels very good.”

While Cullen said he was disappointed by the NDP results, he added, “I am encouraged that Mr. Harper’s platform was rejected for a much more progressive one.”  Stephen Harper resigned as Conservative leader after his party’s loss.

Cullen said, “I want to go see my kids again and have a normal meal, maybe. and get off the road. We put almost 20,000 kilometers on the car. It was a long, long campaign. Tonight, I’m focused on phoning my colleagues, old ones and new ones and seeing how everybody’.s doing.”

Asked about his leadership ambitions a  second time  later in the teleconference, Cullen said, “I am not considering any of that right now. I want to go back to my family and my home, maybe hang out with my kids a little bit.I just ran a two and half month campaign, I’m not really looking to run another one right away.”

At the same time, however, Cullen was sounding like a potential leader, calling on the NDP to get back to basics.

“I think we attempted to tack to the centre on a number of things, particualy fiscal policy,” he said. “This was obviously an election about change and rejection of the Conservative approach,” adding,  “Three weeks ago there was a different narrative and that shows it was a very tumultuous electorate, people were changing their minds,making their minds up late, We just didn’t have that finishing push. maybe the length of the election, contributed to that.”

“We actually suffered from high expectations. To get more than 30 seats, that was [once] considered a real breakthrough. Now going from about a hundred down to the thirties or forties is disappointing.

“We were effective when we were 19. We’ve been able as a caucus to fight for attention on the issues that we’ve considered important. We’re going to have to go back to basics. We have to go back to the real campaign tactics that we’ve used before and can’t rely on the platform of offcial opposition or government to get things done. We’ve had practice at that, we know we’re good at it. We have to rebuild ourselves to be ready in four years time, when we go back to the polls and present alternatives to Canadians, particularly if the Liberals are not able to meet the very high expectations in place right now.”

Asked by one reporter if the result would have been different he had succeeded in his leadership bid, Cullen replied, “That was three years ago [when] I ran. We did better than expected but I was very confident of Tom’s leadership.  And again until a few short weeks ago, many, many people were talking about Tom Mulcair as the next prime minister. The difficult thing about politics; it can go up, it can do down. It’s fate sometimes.”

Turning to local issues, Cullen said that it is now likely the controversial Enbridge Northern Gateway pipeline will be stopped. “The efforts of Enbridge to build their pipleine to Kitimat are finally finished, since the new government has said it will reject it.”

As for the proposed Liquified Natural Gas projects, Cullen said,  “We have to do LNG properly” adding that the Liberals “are a little harder to pin down on LNG” which was not in their national platform, although local Liberal candidate Brad Layton was in favour of LNG development. “So we’ll find out, we’ll find out in the next number of weeks, where they stand as a government.”

Cullen said that on other issues, there was agreement among most candidates in the campaign over revisiting environmental assessment and an inquiry into missing and murdered aboriginal women. One issue that came to the forefront during the campaign, he said, was federal subsidies for northern coastal ferry service.

“We’ve been able to make the concerns and issues we have here in the northwest into national issues, missing and murdered women, Enbridge Northern Gateway and the need to reinvest in our communities,” Cullen said. “They’re all things that I’ve been pushing for, that the Liberal party has now made into their mandate. The real issue isn’t that the issues get raised but whether we hold their feet to the fire or ensuring what they said in the elction is what they actually do in government and that will be the biggest trick with them having that majority.”

Progressive potential for a leader

The reasons for the NDP defeat are “going to take a number of days, if not weeks to sort out. There were issues like national pharamcare and our child care plan that didn’t get enough attention,” Cullen said.

“I think there were very negative politics around the niqab Mr. Harper and Mr. Duceppe played that stalled our momentum. I’m very proud of the principled stand the party continued to take, even if it meant costing us votes. We’re not just a party that’s willing to win at all costs at the expensive of our values and our princples. I think some of those distractions and negative politics hurt but it will be in a lot of exit polling and polling in the next few weeks to understand what didn’t go right for us.

“I think the positive thing that we take from this is that the country overwhelmingly decided on progressive platforms, the Liberals presented a program that was broadly progressive. We were not able to outshine them in the broad narrative in the campaign.

“I take some comfort in the fact if anything we were criticized for being too centrist in our fiscal policy. It’s an intereting criticism to make that we were too careful with the books, or too careful with not runing deficits. As for what the party does, that’s a conversation that after any difficult loss, that takes a number of months to happen and that’s natural.

“There is some reflection. I don’t expect to spend a lot of time on that reflective phase. I have a lot of work to do, there’s a lot things we need to do for the northwest and spending too much time navel gazing is not on my agenda for the next months.”