The National Energy Board Joint Review Panel on the Enbridge Northern Gateway pipeline project  has set the dates for information sessions regarding future hearings in communities across northwestern British Columbia and Alberta.

The NEB says specific dates and venues for the information sessions in Bella Bella, Hartley Bay, Kitkatla and Klemtu will be announced on the panel’s website as soon as the details are available.

Cramer: Enbridge is a Canadian company with a juicy 3.3% yield and a consistent track record of raising that payout. average of 11% over the last decade. They’ve given us a 15% boost this year. Enbridge is the kind ofconsistent dividend-raiser you can count on in good times and bad. they are so money!… Why are you highlightinga pipeline company when oil has been getting slammed? the important thing is a company like enbridge is not hostage to oil. they’re related by long-term assets or regulated contracts.Enbridge has never once had to cut the dividend, not once. they’re more regular than metamucil…”

Daniels:  “The gateway pipeline project to the west coast would employ another 1,200 people on apermanent basis. and there would be about 63,000 man years of labor that would go into the construction of the pipeline. We call on crews from all across North America, capped, the U.S.and also from pipe suppliers right across North America. It has a huge positive impact on the economy and huge employment opportunities associated with both the construction and theoperation in our business.“

Calgary-based Enbridge Inc. defended its controversial Northern
Gateway oil pipeline Wednesday as an important “game changer” for
Canada’s economy that has been wrongly portrayed in an alarmist,
inaccurate and unbalanced way.

In a Calgary speech, Stephen Wuori, president of Enbridge’s liquids
pipeline unit, urged the audience to help balance the discussion about
energy and energy development by taking critics to task on rumour,
misinformation and myth.

“When we read a newspaper story that gives credence and airtime to
unfounded anti-business, anti- development rhetoric, let’s call the
reporter, write a letter to the editor,” he said in his speech. 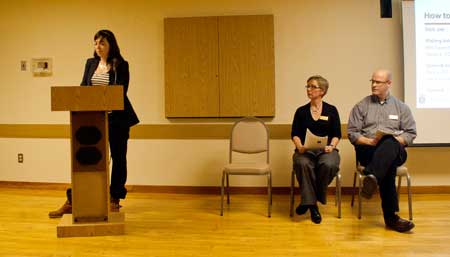 A pipeline breach in northern Alberta last week that resulted in approximately 4.5 million litres of oil being spilled should be a reminder of the dangers that could face the region with Enbridge’s proposed Northern Gateway Pipeline project, says Skeena – Bulkley Valley MP Nathan Cullen.

“This should be another nail in the coffin for any idea of a pipeline across BC, and unfortunately paints a pretty clear picture of what happens when you ship oil over land. And it should be noted that this spill happened in an area that is a lot less rugged than on the coast and the proposed route for Enbridge,” he added.