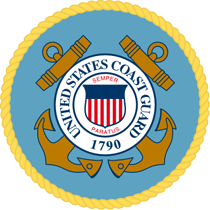 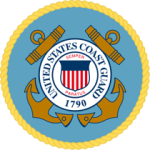 The United States Coast  Guard says it is monitoring repairs aboard the liquid natural gas carrier Excel in Homer, Alaska, Friday, May 1.

According to a news release from Coast Guard Sector Anchorage,  USCG issued an order for the vessel to remain anchored in Kachemak Bay near Homer after the 908-foot, Belgium-flagged vessel experienced a loss of propulsion due to a failed engineering gasket while inbound to Cook Inlet Monday.

The Excel was bound for the existing LNG facility, the Kenai LNG Plant, located in Nikiski on the Kenai Peninsula, in Alaska. The state of Alaska is planning to expand the LNG facilities there, and that site is a potential rival for British Columbia’s LNG export plans.

The Excel was examined by Coast Guard inspectors from Marine Safety Detachment Homer, Tuesday, who conducted a Port State Control annual exam and verified the engineering gasket was replaced.

While preparing to get underway Wednesday, the vessel experienced an automated engineering casualty and canceled its voyage until a Bureau Veritas (BV) classification surveyor could arrive and verify the engineering casualty was fully resolved. After arriving aboard the vessel, the class surveyor directed the vessel’s crew to test the automated engineering system and deduced that the casualty was a product of a faulty engine order telegraph; a device used on ships for the pilot on the bridge to order engineers in the engine room to power the vessel at a certain desired speed. Coast Guard Sector Anchorage issued another order for the vessel to remain in Kachemak Bay.

Friday, the vessel was allowed to continue sailing to her destination at the ConocoPhilips LNG plant in Nikiski after additional safety measures were implemented. As part of the safety measures, the tug Stellar Wind escorted the vessel from Kachemack Bay to Nikiski and a second tug, the Glacier Wind, stood by in Nikiski to assist with docking operations.

The Excel completed her voyage and safely moored at the ConocoPhilips pier in Nikiski at approximately noon Friday where it remains until permanent repairs are verified by the class surveyor and Coast Guard inspectors.

“Ensuring safe navigation in Western Alaska, particularly in Cook Inlet, is one of my highest priorities,” said Capt. Paul Mehler III. “Our crews worked closely with the Southwest Alaska Pilots Association, the class surveyor and towing vessel industry to coordinate a safe and secure transit of the Excel from Kachemak Bay to Nikiski. The weather was also in our favor with clear skies, light winds, and steady ebb tide during the transit in Cook Inlet.”

The LNG export plant at Nikiski was built in 1969 by Phillips Petroleum and Marathon Oil. Phillips later merged with Conoco and subsequently purchased Marathon’s 30 per cent share. The Nikiski plant sent  LNG shipments to Japan  from 1969 to 2010 under long-term contracts with Tokyo Gas and Tokyo Electric, when the contracts expired.

In 2011 ConocoPhillips announced that it would be ceasing LNG exports from Kenai and preserving the plant for potential future use.

With the LNG rush, market conditions changed and the the plant resumed making LNG in early 2012 and exported four cargoes to Asian customers over the course of that year.

In March 2013, the export licence expired and the LNG plant was put on standby.  As interest in LNG grew, and at the urging of the state of Alaska,  in December 2013 ConocoPhillips Alaska applied to resume LNG exports and the U.S. Department of Energy  approved the resumption in April, 2014.  ConocoPhillips says it  received authorization to export a total of 40 BCF of liquefied natural gas over a two-year period from 2014 through 2016.

The Alaska LNG project is  “a proposed $45 to $65 billion liquefied natural gas export project – it would be the largest single investment in Alaska history. The project has the potential to create between 9,000 and 15,000 jobs during the design and construction phases; plus approximately 1,000 jobs for continued operations. In addition to generating billions of dollars in revenue for Alaska, the project will provide access to natural gas for Alaskans.” The project’s participants are the Alaska Gasline Development Corporation (AGDC) and affiliates of TransCanada, BP, ConocoPhillips, and ExxonMobil. 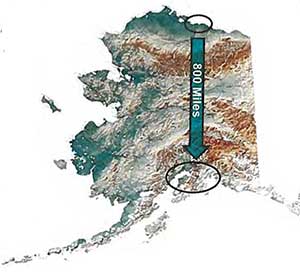 A news release from the governor’s office says Parnell asked  “the three companies – the major lease holders for natural gas reserves on the North Slope – to work together on developing a liquefied natural gas (LNG) project that focuses on exporting Alaska North Slope gas to Asia’s growing markets.”

The  release says that governor is targeting LNG exports to Asia to serve the growing demand for natural gas. That would make an Alaska LNG export terminal a rival to the three projects at Kitimat and another proposed project in Oregon.

Parnell and the CEOs – Bob Dudley of BP, Jim Mulva of ConocoPhillips and Rex Tillerson of Exxon Mobil – met for two hours. During the meeting, the governor’s release says, the  CEOs briefed the governor on the extensive work they’ve been doing in response to his request. After meeting with the governor, the three CEOs briefed members of the Alaska state legislature.

“I appreciate the willingness of the chief executives to come to Alaska to discuss the important topic of commercializing North Slope gas,” Parnell said. “For a gas project to advance, all three companies need to be aligned behind it. This meeting is an important step, but much work remains.”

The Associated Press reports that Parnell wants the companies to unite under the framework of the Alaska Gasline Inducement Act, which gave TransCanada Corp. an exclusive state license to build a pipeline and up to $500 million in state incentives.

AP says TransCanada has been working with Exxon Mobil to advance the project but has yet to announce any agreements with potential shippers.

TransCanada has focused most of its attention on a pipeline that would deliver gas to North American markets through Alberta to Canada and the Lower 48 states. TransCanada has also proposed a smaller pipeline that would allow for liquefied natural gas exports through a terminal at the oil export port of Valdez. A rival project, a joint effort of BP and ConocoPhillips that also would have gone through Canada, folded last year.

The Alaska Journal of Commerce reports BP and ConocoPhillips believe a major liquefied natural gas project is the best option for marketing North Slope gas, quoting the chief executive officers of the two companies Robert Dudley of BP and James Mulva of ConocoPhillips.

“Given the outlook with shale gas in the Lower 48, it looks like LNG has the best potential. We’re not saying the pipeline (to Canada) is impossible,” but a pipeline to southern Alaska to an LNG plant appears to have the best prospects, BP CEO Dudley told reporters following the meetings with Parnell and legislators.
ConocoPhillips’ Mulva agreed with Dudley. “We believe LNG is the best alternative for North Slope gas, far better than any alternatives,” Mulva said.

As everyone returns to the office after the Victoria Day long weekend, supporters of the star-crossed Mackenzie Gas Project (MGP) are left to wonder what the future holds for the $16.2 billion proposed pipeline scheme now that BP plc and ConocoPhillips have announced they are dropping out of the race to build an Alaska natural gas pipeline.

What does a couple of Big Oil companies giving up on their plans to build a pipeline have to do with the fortunes of a project proposing to ship natural gas from the Northwest Territories’ Mackenzie Valley to southern markets?

Time for Alaska, Big Oil to lay gas line cards on the table

It is time for TransCanada, Exxon and the state to lay their cards on the table; time to tell Alaskans whether their natural gas pipeline project is deader than Donald Trump’s presidential campaign.

To almost nobody’s surprise, BP and Conoco Phillips yanked the plug on their Denali gas line project, an effort to build a $35 billion, large-diameter natural gas pipeline from Alaska’s North Slope to points south. Who could blame them? The companies said that after more than three years and $165 million they could not drum up enough binding “ship-or-pay” agreements to secure financing.

BP Plc  and ConocoPhillips dropped plans for a $35 billion Alaska natural-gas pipeline, once proposed to be the largest private construction project in U.S. history, because they didn’t get enough customer interest.

The companies will withdraw an application seeking federal approval to build a pipeline to bring gas from Alaska’s North Slope to U.S. and Canadian markets, according to a statement today…

The two pipeline projects are not the only ways to sell North Slope gas, said Steve Rinehart, a spokesman for BP Alaska. Other options include liquefying the gas for transport to other markets by tanker, he said.