Canada’s minister of natural resources, Joe Oliver,  has embarked on a media blitz, quietly pushing the idea that 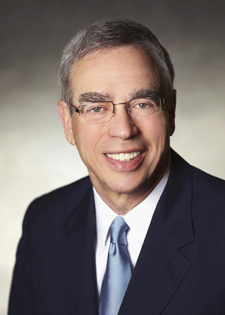 Canada will go ahead and build the Northern Gateway pipeline to send bitumen sands to Asia if the United States blocks the Keystone XL  pipeline from Alberta to Texas.

In a meeting with The Globe and Mail editorial board on Friday, and an interview with Reuters Monday, while attending the World Energy Council in Houston, Texas,  Oliver warns the American that if they don’t buy bitumen sands oil,  China will.

Speaking with the Globe and Mail editorial board Oliver said:

that he does not make this point to U.S. officials “unless they ask,” but “if they don’t want our oil….it is obvious we are going to export it elsewhere.”

China could be a key customer in the future, he said. “As a broad strategic objective we have to diversify our customer base…..[and] China has emerged as the largest consumer of energy in the world, so it is utterly obvious what we must do.

What will happen if there wasn’t approval — and we think there will be — is that we’ll simply have to intensify our efforts to sell the oil elsewhere,”

“It may be other parts of the United States, it may be a rerouted pipeline, and then, of course, there’s Asia.”

The Globe and Mail also reported that:

Mr. Oliver did not specifically endorse the proposed Northern Gateway pipeline, which would carry oil sands petroleum to the west coast, where it would be transported to Asia by tanker, saying he will respect the regulatory process that is now evaluating that project.

Reuters also says Oliver did not specifically endorse Northern Gateway in that interview.

Which means that Oliver has changed his tune a bit since becoming minister, since in the past he has been openly supportive of Northern Gateway “in the national interest” months before the Joint Review hearings on the pipeline are even due to begin.
In the Reuters interview,  Oliver, apparently determined to promote energy from the oil sands, for the  first time apparently, hinted that a bitumen pipeline might head somewhere to the east.

“What we want to do in respect to Asia, that objective is not mutually exclusive with the Keystone pipeline. We have a lot of oil and we want to get it to welcoming markets and open markets,” Oliver said.

“And there are also possibilities of moving it east as well. We just have to look at the whole picture. But there would be a delay, and that wouldn’t be positive for either country in our view,” he said.

Oliver also told The Globe and Mail he does not use the “ethical oil,” agrument in talks with the United States, instead emphasizing that Canada is a reliable producer. Oliver also continued his criticism of the EUropean union for an initiative that would label crude from the oil sands as dirtier than fuel from conventional sources.
Oliver told the Globe that the European Commission’s proposed fuel quality directive is “discriminatory” and not based on science.

In a news release, summarizing Oliver’s speech in Houston, the Ministry of Natural Resources quoted Oliver this way:

“Canada’s vast energy endowments of oil, gas, hydro and uranium, along with an innovative clean energy sector, provide us with a unique advantage — one that strengthens our role as a safe and secure global energy supplier….
“We welcome international investment because it is good for our economy, for our jobs and for our energy future.”
Minister Oliver reaffirmed the Government of Canada’s commitment to ensuring the environmentally and socially responsible development of the oil sands, a strategic resource that is critically important to Canada and its energy partners. He noted Canada’s energy policy is rooted in free market principles, coupled with a regulatory regime that is “efficient, transparent and effective.”
“Canada is a responsible and reliable partner in achieving a secure and sustainable global energy supply. We are fully mindful of the need to balance economic activity and energy demand with environmental sustainability,” the Minister added. “The Government of Canada is committed to the development of our energy resources, including the oil sands, in an environmentally and socially responsible manner.”