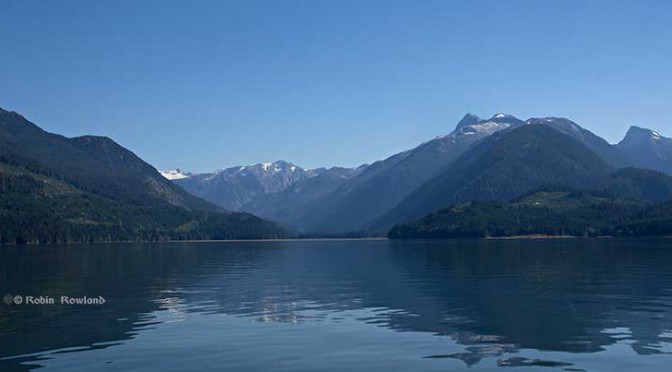 One small step for the Supreme Court of Canada, one giant leap for mankind.

A barely-noticed* part of the unanimous Supreme Court of Canada decision on Thursday recognizing the rights and title of the Tsilhqot’in First Nation to their traditional territory may—may— change the way resource companies operate, not just in Canada but around the world.

The ruling isn’t just about consultation, reconciliation and accommodation, it’s about the future.

A close reading of the decision, written by Chief Justice Beverly McLaughlin says the Crown, in its relations with First Nations, cannot “deprive future generations of the benefit of the land.”

While the ruling applies only to First Nations, it upholds the First Nations’ concept of “stewards of the land” for the future and thus could protect the environment for all future generations, aboriginal and non-aboriginal, in Canada and perhaps around the world.

Aboriginal title, however, comes with an important restriction — it is collective title held not only for the present generation but for all succeeding generations. This means it cannot be alienated except to the Crown or encumbered in ways that would prevent future generations of the group from using and enjoying it. Nor can the land be developed or misused in a way that would substantially deprive future generations of the benefit of the land. Some changes — even permanent changes – to the land may be possible. Whether a particular use is irreconcilable with the ability of succeeding generations to benefit from the land will be a matter to be determined when the issue arises.

While the Supreme Court ruling was about a case in British Columbia, where previous decisions have shown that in that province, aboriginal title was not extinguished at the time of European settlement and, what the court calls, “declaration of sovereignty,” by the colonial powers, the decision is already seen as applying to First Nations across the country where they can prove long term use of the land.

Already there are those in the business community and among the conservative pundits who are raising the alarms about First Nations blocking resource development.

Perhaps, just perhaps, some big corporations are quietly approving the Supreme Court decision because it gives responsible companies a roadmap for their operations, that roadmap will, as the years go by, reduce, not increase, uncertainty.

Some companies, including the world’s biggest corporations are now thinking about the future. It is likely those companies are already planning new procedures and practices that will comply with the Supreme Court’s requirement of consultation and consent on First Nations’ traditional territory.

In May, at an LNG event in Vancouver, I was speaking to a high ranking energy executive whose responsibilities cover half the planet.

“Everything has changed in the past five years,” he told me. “Once all we had to do is talk to presidents and prime ministers, now we listen to everybody.”

What changed, he said, was the rise of social media, Facebook and Twitter.  “In one case five women in one small town shut down a project that would have been worth millions.” (He would not tell me the specifics and assured me it was true but he wasn’t prepared to give the details because it wasn’t his company that was involved).

“Not all my colleagues agree with me,” he said, “But in the end it’s good for business, if we genuinely engage with a community, we actually save on costs and get into profit sooner.” He said that smart companies in the energy sector have staff constantly monitoring social media, not to identify “enemies” but so top management can be aware of growing issues that may complicate their future operations.

This company generally, so far, has good relations with First Nations in British Columbia (although its record elsewhere in the world has been questionable at times in the past).

If truly responsible resource and other companies either willingly or are compelled to change their practices and investment decisions on First Nations’ land so that those projects consider future generations, and still make a profit, (which my source says they can) then it is likely that the companies will then adopt those practices in other parts of Canada where Rights and Title are not an issue and then around the world.

To use a marketplace phrase, it isn’t going to be “an easy sell.” For more than half a century now, the world has been plagued by the idea from Milton Friedman and other economists that a corporation has only one responsibility to its bottom line and “shareholder value.” With companies that still follow the no responsibility culture, comes the race to the bottom and the environmental degradation we have seen increasing in recent years.

As The Globe and Mail reported, the Business Council of British Columbia, an intervenor, said in its submission

Business groups say the Tsilhqot’in’s approach to title threatens the economy. “A territorial approach undermines the ability of corporations, and indeed First Nations, to ensure the global competitiveness that is required to attract capital … within natural resource sectors dependent on the land base,” a coalition of B.C. business groups, intervening in the case, told the Supreme Court in its written argument.

For years now global competitiveness has been used an excuse for deliberately ignoring or turning a blind eye to practices that “substantially deprive future generations of the benefit of the land.”

Even if no high court in any another country matches or cities the Supreme Court of Canada decision, (and they should for the rights of all indigenous people) smart companies will increasingly recognize their responsibility not to “deprive future generations of the benefit of the land.”

If those companies don’t change,  as the years go on and the environmental crisis worsens, courts in other nations will likely cite the Supreme Court of Canada and force those companies to be responsible.

In the long term, in the future cited by the Chief Justice, those companies that do work toward a true “benefit of the land” for everyone will have a competitive advantage, perhaps not in the coming years, but certainly in the coming decades.

To use another phrase, respecting the rights and title of First Nations and the stewardship of the land will be a “net benefit” to Canada in the 21st century, even if the bean counters don’t believe it.

Legal recognition of the concept of stewardship by a high court might also save the planet from total disaster.

*(Barely-noticed: I can only find one media account that mentions in passing, an op ed opinion piece in the Globe and Mail by Vancouver lawyer Albert Hudec Aboriginal court ruling won’t resolve real-world resource issues)