So far, Enbridge’s public and community relations efforts on issues like Northern Gateway and Kalamazoo, have for, the most part, been a disaster. In BC, since the Joint Review hearings wrapped in June, Enbridge has been on a full out campaign to convince British Columbians to support Northern Gateway.

Now, at least to me and my geeky sense of humour, it appears, that Enbridge has another PR fiasco in the making.

A few minutes ago, as I was scanning my Tweetdeck feed, a Tweet from Enbridge popped up. Given that the default background for Tweetdeck is black, I thought, that Enbridge logo looks very dark.

Now since I’ve been monitoring Enbridge tweets since I started this site, normally the company logo is white and stands out against the black of the Tweetdeck feed.

Is it a mistake I wondered?

Or is it a new logo and therefore has Enbridge, I wondered,  “moved to the dark side?”

So I checked the company webpage. It’s a new logo and new web design. In the lead picture, the old logo is clearly visible under the new logo on top. 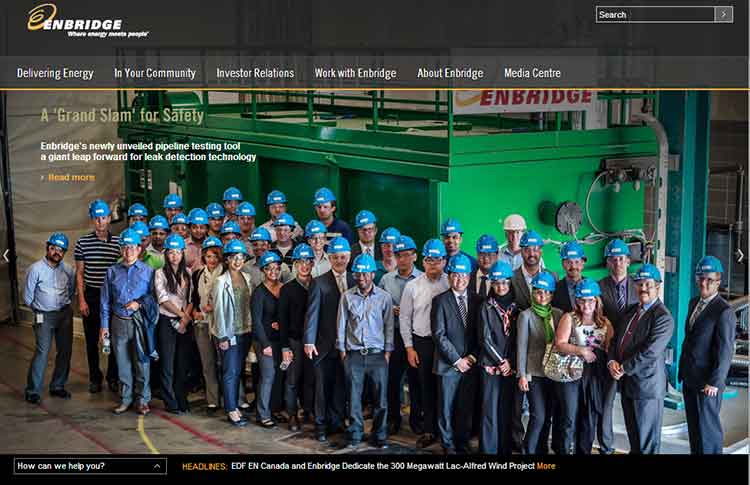 For the record here is the new logo and the old one.

So I can’t resist reporting, Enbridge has moved to the dark side. 🙂