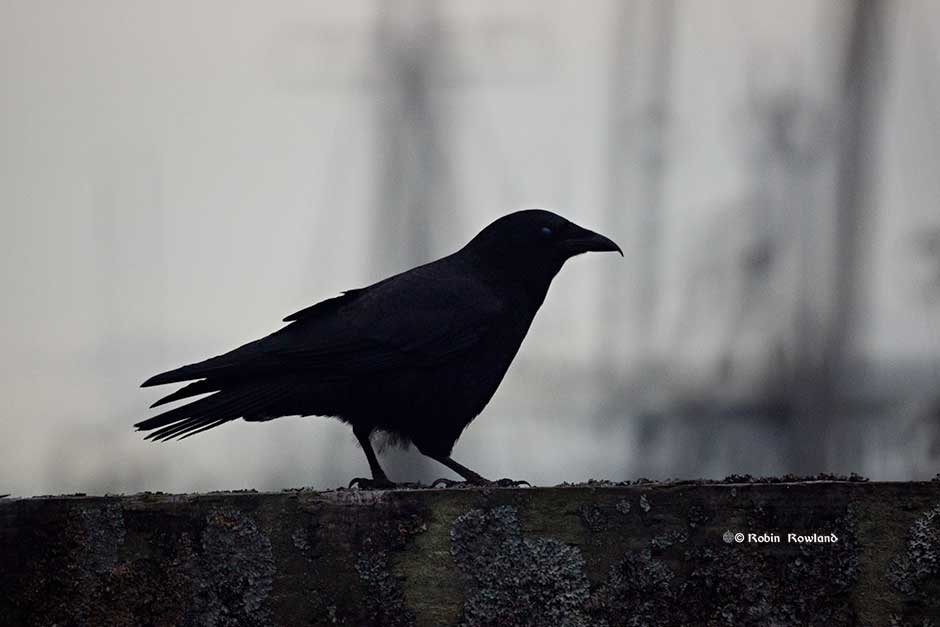 A new discovery by archaeologists in Crimea is providing evidence that ancient Neanderthals had a high cognitive and artistic ability. That evidence is the carved leg bone of a raven also raising the question (not actually included in the archaeologist’s paper) does the relationship between human and raven go back to a period between 38,000 and 43,000 years ago?

For more than a century, archaeologists have debated the question of just how smart the Neanderthals, the species that preceded what archaeologists now call “Modern Humans” into Europe and west Asia and there is increasing evidence of Neanderthal intelligence.

The raven bone fragment  which has been dated between 38,000 and 43,000 years ago, was found at the Zaskalnaya VI site in Crimea. It is described in to a study by Ana Majkic at the Universite de Bordeaux and colleagues, A decorated raven bone from the Zaskalnaya VI (Kolosovskaya) Neanderthal site, Crimea. published in the open access journal, PLOS ONE on March 29, 2017.

The site in the Crimea was once a campsite in a river gully.

The radius bone fragment has seven notches. Microscopic analysis of the notches indicate that they were produced by the to-and-fro movement of a lithic (stone) cutting edge and that two notches were added to fill in the gap left between previously cut notches, probably to increase the visual consistency of the pattern.

The study worked to duplicate and test the work of the Neanderthal crafts person by examining sets of notches cut by nine modern experimenters on the leg bones domestic turkeys shows that the variations recorded on the Zaskalnaya set are comparable to experimental sets made with the aim of producing similar, parallel, equidistant notches.

The object represents the first instance of a bird bone from a Neanderthal site bearing modifications that cannot be explained as the result of butchery activities.

That means the argument that bone notches are symbolic argument can be built on direct evidence.

The respect that British Columbia and Alaska First Nations have for the raven is found in countless legends and stories. Other cultures have honoured the raven including the Celtics who believed the raven was symbol of war, the Vikings and Greeks where the raven was a messenger of the gods, to name just a few.

The discovery of the raven bone in a Neanderthal cave may mean that the relationship with the raven is much more ancient than previously believed.

The paper says evidence of burials, collection of rare items, production of engraved and perforated objects, personal ornaments, pigment use, and the extraction of bird  feathers and claws support the notion that Neanderthals engaged in symbolical behavior, independently from the influence of anatomically modern humans.

Neanderthal burials of infants, children, and adults have been reported at several sites throughout Europe and the Near East, some of which are associated with grave goods. Pigment use among Neanderthals dates back as far as between 200,000 to 250,000 years ago. Pigment use became a more widespread practice about 60,000 years ago.

A string of new discoveries have shown that Neanderthals regularly exploited birds. The activities conducted by Neanderthals that may reflect their involvement in symbolic activities have been found in Italy, in caves in Gibraltar, nine sites in France and one Croatia.

Those discoveries indicate that cut-marks and scraping marks on upper limb bones mean that feathers were purposely detached from the wings of seven different bird species, including the common raven and the red-billed chough (a red beaked and red legged crow that is sacred in Wales and Cornwall). Others were the white-tailed and golden eagles, two species of vulture, and an unidentified raptor.

The study says that removal of feathers and claws is interpreted as proof that these objects were used as personal ornaments by Neanderthalsm the study says.  Feathers and claws do not survive archaeologically. So far, no clear modifications for suspending or threading the claws were found so far on bird talons, so up until now this was considered circumstantial evidence.

As for the raven bone found in Crimea, the scientists say it is more probable that the Neanderthal took the decision of adding notches two and six, after completing the first set and realizing that its production left two gaps.

Two reasons may account for this action. The craftsman may have considered that, if made for functional reasons, i.e. to facilitate the grip of the object, the notches of the first set were not frequent and numerous enough to fulfill that function. Alternatively, he/she may have considered, irrespective of the possible functional reason behind the production of the
notches, that it was important to add two notches in order to create a visually more regular and consistent pattern.

The archaeologists conclude the artistic hypothesis more probable because adding the two very small and superficial notches added virtually nothing to the gripping power of the object`s surface.

The results of the study pinpoint that a clear effort has been put to reach the goal of producing not just random but instead equidistant notches, that would have been perceived as regularly spaced. This implies that the resulting pattern could have conveyed an information, not directly linked to the object function, communicating to the user, and likely other members of the Neanderthal group. In this respect the sequential notches on the ZSK raven bone represent the first case of bird bone use by Neanderthal for which a symbolic function can be argued on direct rather than circumstantial evidence. 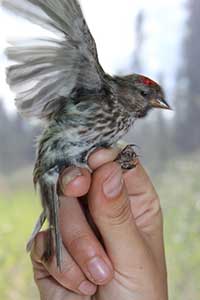