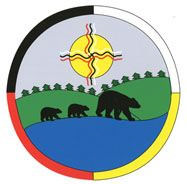 The elected council of the Wet’suwet’en First Nation  have signed an agreement with British Columbia for the proposed Coastal GasLink (CGL) pipeline project,  a news release from the province says.

The Wet’suwet’en First Nation will receive approximately $2.8 million from the Province at three different stages in the CGL project: $464,000 upon signing the agreement, $1.16 million when pipeline construction begins, and $1.16 million when the pipeline is in service.

Provincial benefit-sharing offers First Nations resources to partner in economic development, complements industry impact benefit agreements that provide jobs and business opportunities, and is a way for government and First Nations to work together to help grow the LNG industry.

John Rustad, Minister of Aboriginal Relations and Reconciliation  says in the release,  “Too many First Nation communities have been left out of economic growth in B.C. for far too long. It’s exciting to be able to partner with First Nations like the Wet’suwet’en so they can share in the benefits of a new LNG export industry – stronger economies, good-paying jobs and collectively working to establish environmental legacies made possible by LNG development.”

The release quotes Chief Karen Ogen, Wet’suwet’en First Nation, as saying, “Pipeline benefits agreements are just one vehicle driving our participation in LNG development. While these agreements ensure First Nation communities share in the economic benefits of LNG, we are working collaboratively with the Province and other First Nations to ensure environmental priorities are addressed as well.”

The release also quotes Rich Coleman, Minister of Natural Gas Development  as saying, “Our government continues to build strong partnerships with First Nations as LNG development gains momentum. Pipeline benefits agreements like this one pave the way for job creation and economic growth as we work together to further the potential of our natural gas sector.”

The news release says the Wet’suwet’en First Nation is among the 15 First Nations located along the Chevron/Apache Pacific Trail Pipeline route that have already signed agreements that will provide $32 million in benefits to First Nations once construction has started.

When the certificate was approved in October, the Office of the Wet’suwet’en, which represents hereditary leadership issued a release saying:

B.C. ‘s approval of Coastal GasLink Pipeline project does not mean the project is a go.   The Wet’suwet’en still have the right to determine the use of the land and our future.

Not enough information has been made available through the regulatory process to determine environmental impacts nor infringements to Wet’suwet’en rights title and interest.

Current benefits offered by the province and pipeline companies do not take into account the impacts and infringements to our lands, culture and community well-being, for today and into the future.

One group, the Unist’ot’en Camp,  representing one house of the Wet’suwet’en continues to camp out in the bush, and the group says they are determined to block any pipeline construction within their traditional territory.

TransCanada plans a rugged over-mountain route for its proposed Coastal Gaslink pipeline to the Shell Canada liquified natural gas project in Kitimat, BC, company officials said Monday, Oct. 15, 2012, in two presentations, one to District of Kitimat Council and a second at a community town hall briefing.

The pipeline would initially carry 1.7 billion cubic feet of natural gas per day from the Montney Formation region of northeastern British Columbia along a 48 inch (1.2 metre) diameter pipe over 700 kilometres from Groundbirch, near Dawson Creek, to Kitimat, site of the proposed Shell Canada LNG Canada project.

Rick Gateman, President of Coastal GasLink Project, a wholly owned TransCanada subsidiary told council that the project is now at a “conceptual route” stage because TransCanada can’t proceed to actual planning until it has done more detailed survey work and community consultations.

At the same council meeting, documents from Shell Canada notified the District that it has formally applied to the National Energy Board for an export licence for the natural gas.

At first, the Coastal Gas Link pipeline would be connected to the existing Nova Gas Transmission system now used (and being expanded) in northeastern British Columbia.

From Vanderhoof, BC to west of Burns Lake, the Coastal GasLink pipeline would be somewhat adjacent to existing pipelines and the route of the proposed Enbridge Northern Gateway bitumen pipeline and the proposed Pacific Trails natural gas pipeline.

Somewhat south of Houston, however, the pipeline takes a different route from the either the Northern Gateway or Pacific Trails Pipeline, going southwest, avoiding the controversial Mount Nimbus route.

Howard Backus, an engineering manager with TransCanada told council that the route changes so that Coastal GasLink can avoid “congestion” in the rugged mountain region.

Under TransCanada’s conceptual route, the pipeline heads southwest and then climbs into the mountains, crossing what Backus calls “a saddle” (not a pass) near the headwaters of the Kitimat River. The pipeline then comes down paralleling Hircsh Creek, emerging close to town, crossing the Kitimat River and terminating at the old Methanex plant where Shell plans its liquified natural gas plant. (That means that if the conceptual plans go ahead, the TransCanada pipeline would climb into the mountains, while Pacific Trails finds a way around and Enbridge tunnels).

Backus told council that going north “created more issues,” but did not elaborate.

Backus assured people at the town hall that energy companies have a lot of experience in building pipelines in mountainous areas, including the Andes in South America.

Asked by a local businessman at the town hall if it was possible to build a road along the route of the pipeline, Backus said the mountain areas would be too steep.  Any pipeline maintenance would have to be done by tracked vehicle, he said.

Gateman told council that the pipeline would be buried along its entire route. If Shell increases the capacity of its LNG facility in Kitimat, the Coastal Gaslink pipeline could increase to 3.4 billion cubic feet a day or perhaps even more. For the initial capacity, the company will have one compressor station at the eastern end of the line. If capacity increases or if the route requires it, there could be as many as five additional compressor stations. (TransCanada’s long term planning is based on the idea that Shell will soon be adding natural gas from the rich Horn River Formation also in northeastern BC to the Kitimat export terminal.)

TransCanada will begin its field work, including route and environmental planning and “community engagement” in 2013 and file for regulatory approval in 2014. Once the project is approved, construction would begin in 2015.

Gateman said that TransCanada is consulting landowners along the proposed right of way and “on a wide area on either side.” The company also is consulting 30 First Nations along the proposed route. Gateman told council, “We probably have the most experience of any number of companies in working directly with and engaging directly with First Nations because of our pipelines across Canada.”

(Despite Gateman’s statement, the TransCanada maps showed that the Coastal Gaslink Pipeline would cross Wet’suwet’en traditional territory and officials seemed to be unaware of the ongoing problems between Apache and the Pacific Trails Pipeline and some Wet’suwet’en Houses who oppose that pipeline).

He said that the company would restore land disrupted by the construction of the pipeline, but noted that it would only restore “low-level vegetation.” Trees are not permitted too close to the pipeline for safety reasons.

TransCanada made the usual promises the region has heard from other companies of jobs, opportunities for local business and wide consultations. (TransCanada may have learned lessons from the botched public relations by the Enbridge Northern Gateway. A number of Kitimat residents have told Northwest Coast Energy News that TransCanada was polling in the region in mid-summer, with callers asking many specific questions about environment and the spinoffs for communities).

Although the natural gas projects have, so far, enjoyed wide support in northwestern British Columbia, environmental groups and First Nations have raised fears that sometime in the future, especially if there is overcapacity in natural gas lines, that some may converted to bitumen, whether or not Northern Gateway is approved and actually goes ahead.

In a fax to District of Kitimat council, Shell Canada Senior Regulatory Specialist Scot MacKillop said that the Shell had applied to the National Energy Board on September 25, 2012 for a licence to export LNG via Kitimat for the next 25 years.

The Shell proposal, like the previous Kitimat LNG and BC LNG proposals, are export applications, unlike the Enbridge Northern Gateway which is a “facility application.”
In its letter to Shell’s lawyers, the NEB took pains to head off any objections to the project on environmental or other grounds by saying:

the Board will assess whether the LNG proposed to exported does not exceed the surplus reaming after due allowance has been made for the reasonably foreseeable requirements for use in Canada. The Board cannot consider comments that are unrelated…such as those relating to potential environmental effects of the proposed exportation and any social effects that would be directly related to those environmental effects.