If Canada’s energy firms don’t start exporting to China now, others might beat them to it, according to an Enbridge Inc. vice-president.

The warning by Byron Neiles, who heads up major projects for the Calgary-based company, was one of several made by industry voices to delegates at a national forum in Calgary on doing business with Hong Kong, hosted by the Hong Kong Canada Business Association.

They argued the window of opportunity to sell to China won’t always be open largely due to competition and the chance the world’s second largest economy may cease growing at its current staggering pace – reducing the money its investors can spend.

Shell Canada says it is investigating the potential for a new liquid natural gas terminal to be located on the B.C. coast.

Shell “is interested in, and currently exploring LNG opportunities along the B.C. coast,” Stephen Doolan, of Shell’s media relations department said in an email to The Sun.
“We are early in the evaluation process so do not have specific details but are pursuing opportunities,” he said. “Natural gas is a key area of growth for Shell. In terms of LNG, we will continue to invest in our global leadership position as demand continues to grow 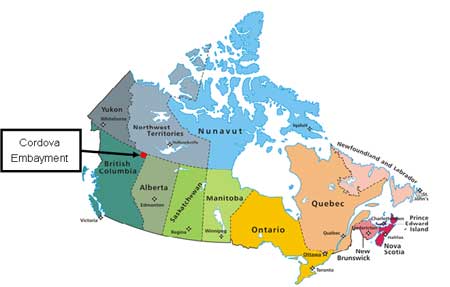 From Dow Jones via Automated Trader

The head of Apache Corp.’s (APA) Canadian business said Tuesday that work has begun on the company’s planned Kitimat liquefied natural gas export facility and that the first super-chilled natural gas could be shipped from there by late 2015.

Timothy Wall, Apache’s regional vice president for Canada, said during the Houston company’s annual investor meeting that he expects the project will receive gas export permits “by the end of the year.”

The first hint that the paradigm was not shifting so much as shattering was in 2009 when the planned Kitimat terminal in British Columbia was reborn as an export terminal. The gas would come from western Canada’s Horn River and Montney shales. Pre-2009, the theory was that gas imported to Kitimat would compete for Asian markets with gas from Australia and Peru. Post 2014, when the terminal will be completed, BC gas will compete in Asian markets against Australian, Peruvian and many more LNG exporters who had seen one leg of the three-legged world gas stool of North America, Europe and Asian markets sawn off.

This year we are seeing talk of LNG exports from another terminal near
Kitimat and possibly even from Oregon. But the big game changer occurred
in May 2010 when Cheniere Energy, operator of the Sabine Pass LNG
terminal on the Gulf of Mexico announced plans to export US gas from
2014 – a plan quickly added to by other operators in Cameron LA and
Galveston.