Pacific Northern Gas, the main supplier of natural gas to much of northern British Columbia, has agreed to be taken over by the much bigger Calgary-based AltaGas Ltd. in a deal worth $230 million or $36.75 a share.

The deal gives AltaGas a stake in the natural gas export race, since Pacific Northern’s pipelines link Alberta and British Columbia gas fields to Kitimat, where there are at least three projects underway to export liquified natural gas to Asian markets.

In a news release, Pacific Northern Gas said that company executives began considering the future after PNG sold their interest in Pacific Trails Pipeline last February to the partners in the Kitimat LNG project.

Roy Dyce, president and CEO of PNG said in the news release:

This transaction is in the
best interests of our shareholders, customers, employees and other
stakeholders. Among the reasons we recommend the proposed transaction to
our shareholders are the size of the premium, the immediate liquidity
and the certainly of value the cash consideration  offers, and the fact
that we believe AltaGas’ offer fairly values the $20 million contingent
payment that PNG will receive if the Kitimat liquefied natural gas
project proceeds.

Pacific Northern already had a small partnership with AltaGas to build a gas pipeline from a Montney gas plant to
British Columbia.

In its news release, AltaGas said “We are pleased to welcome all PNG employees to our team. AltaGas has a
long history of operating natural gas utilities across Canada and we
will continue to deliver safe and reliable service to our customers.”

AltaGas says the transaction will result in a 50 per cent increase in AltaGas’ holdings of  regulated natural gas to consumers and businesses, now worth  over $500 million and increase customers from 75,000 to more than 110,000.

The company is looking to increased natural gas exploration taking place in areas northeastern BC in  the Montney and Horn River gas fields. AltaGas also expects to profit from “increased industrial activity in northern BC are expected to result in rate base and customer growth as areas such as Dawson Creek and Fort St. John.”

The new company would align the PNG system with AltaGas assets such as the Bear Mountain Wind Park and the Younger facility, BC’s only natural gas liquids extraction plant.

AltaGas assets include small utilities, a gas business, and  power.  AltaGas describes itself this way:

AltaGas is an energy infrastructure business with a focus on natural
gas, power and regulated utilities. With the physical and economic links
along the energy value chain together with its efficient, reliable and
profitable assets, market knowledge and financial discipline, AltaGas
has provided strong, stable and predictable returns to its investors.
AltaGas focuses on maximizing the profitability of its assets, providing
services that are complementary to its existing businesses, and
growing through the acquisition and development of energy
infrastructure.

Consumers in northern British Columbia will be wondering, despite any long term spinoffs from liquified natural gas projects, what the deal will mean for their natural gas bills. Despite the statement by Dyce, “We look forward to joining with AltaGas in continuing our mutual history of delivering safe, reliable service to our customers” and Cornhill’s similar statement, “AltaGas has a long history of operating natural gas utilities across Canada and we will continue to deliver safe and reliable service to our customers,” it is highly likely that consumers in BC will be skeptical of the deal because up until now, while the price of natural gas has been falling, Pacific Northern Gas continued to charge very high (some would say extortionate) transportation and other fees to consumers. 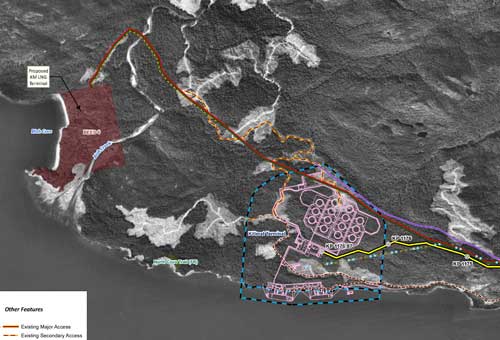 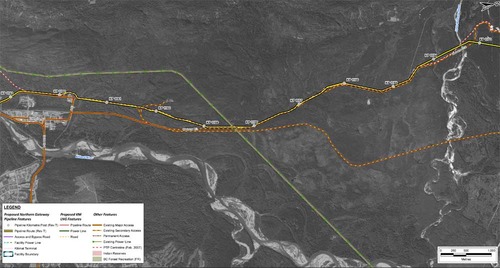 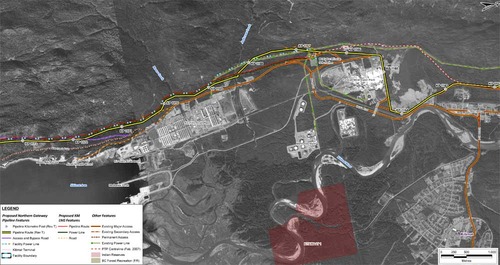 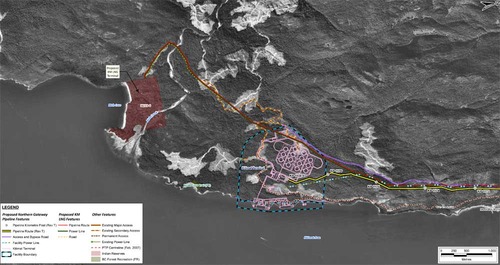 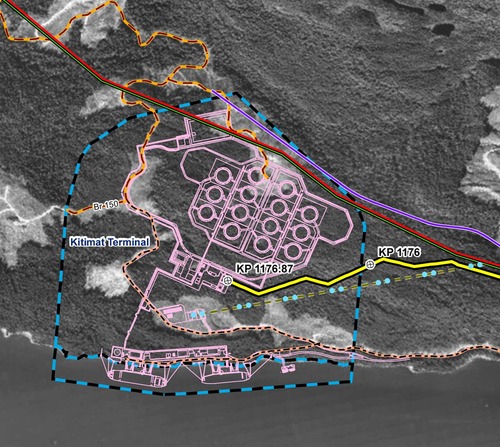 The National Energy Board hearings into the application from KM LNG for an export licence to ship liquified natural gas to Asia through Kitimat wrapped up in Calgary Thursday, with the main participants expressing concerns over conditions on the licence proposed by the NEB.

The board panel reserved its decision. No date was given for a possible decision. Unlike the earlier hearings  in June which were held in Kitimat, the Phase 2 hearings were held in Calgary and only available to residents of Kitimat by audio webcast

On July 6 and July 8, the board panel issued a list of 12 proposed conditions on the export licence.  (The concerns of the Kitimat Rod and Gun were not among the 12. See story here)

Among the conditions the NEB wants to impose are a detailed reporting requirement that would include the name of  the LNG tankers loading the natural gas, the quantity of gas and the revenue in Canadian dollars as well as the sales contracts KM LNG may sign with its Asian customers.

Those proposed conditions brought strenuous objections from the proponents of the project, voiced by lead counsel Gordon Nettleton and echoed by other lawyers, saying that the conditions could actually scuttle the entire project. That is because Asian buyers, whether private companies or sovereign (government) agencies, place much stricter emphasis on confidentiality of the agreements than in North America. The lawyers warned that the potential Asian customers could walk away from any deals in favour of less regulated vendors in other countries if the NEB insists on full disclosure, especially if the details could be made public either through the Access to Information Act or by NEB procedures and policies.

Nettleton and the other lawyers recommended a compromise where  KM LNG would disclose to the board the total exports each quarter, the aggregate value in Canadian dollars for each quarter,  the “heating value” of the aggregate and export totals by destination country.

The lawyers also objected strenuously to conditions proposed to cover environmental and social effects of building the Kitimat LNG terminal  and the associated Pacific Trails pipeline.

These include filing a Marine Mammal Protection Plan and answer how KM LNG  would react to any potential effects on marine mammals of the ships passing up and down Douglas Channel and the BC Coast.

One of the lawyers for the energy companies wondered why the board panel was interested in the shipping issues.”That’s what shps do, they use
existing shipping lanes,” he said. “Ships do not need permisson [now] to go up
Douglas Channel.  [This issue] has been examined bythe appropraite
authorites arnd should be accepted by the board without conditions.”

The lawyers mainly objected on legal grounds, since under the hearings for an export licence, (unlike a facility hearing like the Enbridge Joint Review panel)  the board is not supposed to be concerned about environmental issues.  There were also long, legal arguments whether the pipelines from the shale gas fields to Kitimat where “directly connected” under the legal definition used in the Canadian energy industry. The lawyers also argued that the environmental and social issues addressed in the NEB’s proposed conditions would be covered in parallel investigations by other government agencies, such as a Transport Canada review of the shipping plans for Douglas Channel,

At the same time, all parties pledged that they would be “good corporate citizens” in their undertakings to work with the Haisla First Nation and other residents of the Kitimat region and to respect the local environment.

Apache Corporation, of Houston, Texas,  the main backer of the Kitimat LNG development announced a management shakeup Tuesday, May 31, including  a new boss for the Kitimat project.

Lawton is a new comer to Apache but has 30 years experience in the natural gas industry.
The news release describes Lawton  this way:

Lawton joined Apache in March 2011. He brings 30 years of experience in the gas industry – with 15 years in LNG projects – and has worked in the United Kingdom, United States, Tunisia, Singapore, Trinidad, India and Peru. Prior to joining Apache, Lawton was vice president of LNG at Hunt Oil Co. since 2005 and served as general manager of COLP, the operating company of Peru LNG. Previously, he was operations director at Marathon Oil Co. where he worked for Equatorial Guinea (EG) LNG. Prior to that, he spent more than 20 years with BG Group. Lawton is a fellow of the Institution of Gas Engineers and Managers, a fellow of the Institution of Mechanical Engineers, and a chartered engineer. Lawton received a bachelor’s degree in mechanical engineering from the University of Sheffield in England.

Pacific Northern Gas (PNG) shareholders are to receive another cash benefit resulting from the sale earlier this year of its 50 per cent interest in a planned natural gas pipeline to feed the Kitimat LNG export terminal project.

Shareholders of record as of June 6 are to receive $3 a share, amounting to $11 million, part of the net remaining proceeds of an initial $30 million payment made to PNG by Apache Canada and EOG Resources.