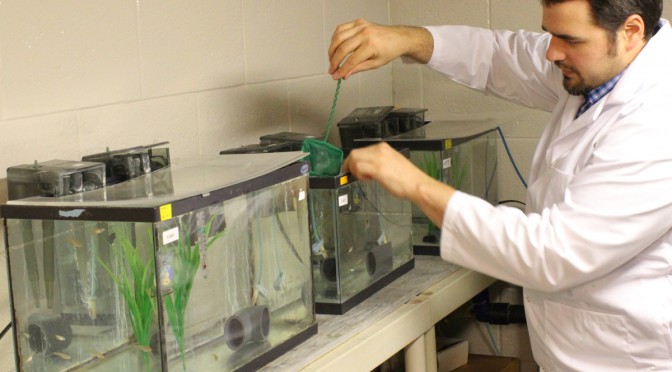 Diluted bitumen, also known as dilbit, a mixture of oil sands bitumen and natural gas dilutants can seriously harm fish populations, according to research study at Queen’s University and the Royal Military College of Canada published this week.

At toxic concentrations, effects of dilbit on exposed fish included deformities and clear signs of genetic and physiological stress at hatch, plus abnormal or uninflated swim bladders, an internal gas-filled organ that allows fish to control their buoyancy. Exposure to dilbit reduces their rate of survival by impairing their ability to feed and to avoid predators.

Among the other findings from the study were

“This new study provides a clearer perspective on the potential risks to Canada’s aquatic resources of dilbit spills, and a technical basis for decisions on dilbit transportation within Canada,” says Peter Hodson Environment Studies, Biology at Queens. “It reduces some of the uncertainty and unknowns about the hazards of dilbit.”

This study characterized the toxicity and physiological effects of unweathered diluted bitumen (Access Western Blend dilbit; AWB) to a fish used for laboratory studies. Embryos of Japanese medaka (Oryzias latipes) were exposed for 17 days to dilutions of dilbit physically-dispersed by water and chemically-dispersed by dispersants

AWB dilbit exposure was not lethal to medaka, but resulted in a high prevalence of blue sac disease (BSD), impaired development, and abnormal or un-inflated swim bladders. Blue sac is a disease of young trout and other salmonid species; usually caused by unsuitable hatchery water. It turns the yolk sac bluish and is thought to be caused by a lack of oxygen.

The research was funded by Fisheries and Oceans Canada’s National Contaminants Advisory Group and the next stage will determine whether fish species native to Canada will be affected by dilbit exposure. The work also includes the development of genetic markers of exposure to dilbit and toxicity that could be used to assess whether wild fish that survive a spill are still affected.

Dr. Hodson is also a member of a Queen’s research team tasked to determine whether dilbit spilled into rivers would contaminate bed sediments, specifically areas where fish such as salmon, trout, chars, whitefish and graylings spawn, to the extent that the survival of their embryos would be affected.

The research was published in ScienceDirect and is one of the first studies of dilbit on young fish.

The finding could be significant because both the proposed Northern Gateway pipeline and the proposed Kinder Morgan expansion will cross areas near spawning streams.