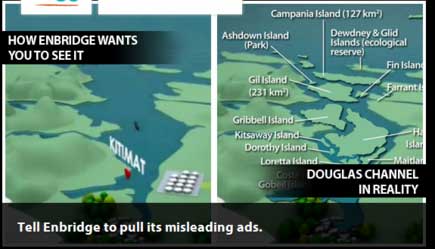 Although testimony at June’s National Energy Board hearings cited Coos Bay as a rival that could take LNG business away from Kitimat, the view from Oregon appears to be just the opposite.

Jordan Cove project manager Robert Braddock told the industry newsletter, Platt’s Gas, that he is “not afraid of competition from the north, where Kitimat LNG is planning an export terminal in British Columbia. ‘We actually presume that Kitimat would be built,” Braddock said. “We assume that we would be built number two and we think there is plenty of room for two such facilities on the West Coast.’

Braddock also told Platt’s that Oregon is not a rival for BC or Alberta gas nor competition for LNG terminals in Louisiana and Maryland. “The principal difference is we have access to a different range of resources from both Canadian gas and US gas. But equally important is we would have certainly much closer access to the Asian markets,” he said.

The Oregonian newspaper reported that prospective customers in Asia for the Coos Bay project may be waiting to see what happens in Kitimat before signing on with Jordan Cove. Braddock told the Oregonian that the  company “is still testing the waters with potential customers, and won’t go ahead with the expensive and byzantine permitting process without firm commitments from terminal users.”

The pro forma initial application filed Friday informs the  US Department of Energy that company wants to export up natural gas to countries  that have a free trade agreements with the United States.  Similar to the National Energy Board hearings on KM LNG, the Federal Energy Regulatory Commission must now hold hearings on the export licence application.

In another similarity, a few years ago, the Kitimat  plans called for an LNG project to import gas. Jordan Cove received  approval in 2009 to build a terminal to import LNG and to build a 370 kilometre (280 mile) pipeline that would carry the gas to Malin, Oregon, on the California border.

If the US Department of Energy approves the new application, the terminal would become an export, not an import, facility.

In another parallel with Kitimat, like the Enbridge Northern Gateway Project bitumen export proposal, the Coos Bay project has prompted stiff opposition for years. The Oregonian reports “landowners and environmentalists in the region mounted a fierce campaign to block three proposals to build LNG import terminals in Oregon, including the one in Coos Bay,” in the belief that the terminals and associated pipelines would harm forests, farms and salmon habitat.  The newspaper also says that local business groups and unions have supported the import projects, which would bring jobs and tax revenue.

An environmental lawyer, Susan Jane Brown, a staff attorney at the Western Environmental
Law Center, told Platt’s Gas she is still digesting the news, but that said the export
plan will likely rankle her clients, environmental organizations and
landowners. “It would be one thing to
import a good that would be used domestically. But exporting a
domestic product that they have long advocated that we need
domestically, it is a bait and switch,” she told Platt’s.

A powerful local politician, Senator Ron Wyden, an Oregon Democrat  is skeptical of the idea of exporting LNG from the US and told the Oregonian: “I think it’s premature to conclude that the United States now has so much natural gas that it can afford to export it overseas…I think there ought to be a time-out on approving LNG exports until there is a better understanding of how much natural gas there is, whether it can be safely extracted, and what the impact on the U.S. economy would be from LNG exports.”

Sen. Wyden’s opposition is in stark contract with the various consultants and economists who testified at the Kitimat hearings in June which envisioned a totally integrated North American natural gas marketplace with pipes snaking all over the continent delivering the cheapest and most convenient gas to the nearest market.  Wyden’s remarks may be an indication that American politics could put the break on the ideal free market visions of the experts that were expressed before the NEB.

Similar to plans to take shale gas from the Horn River Formation in northeastern BC, Jordan Cove would tap into the Ruby Pipleline,  a  1,000 kilometre (680-mile), 42-inch diameter that would carry shale gas from the Rockies to a hub in Wyoming and then to Malin, Oregon to connect with the Jordan Cove pipeline there.